Skills, supply and demand: what’s happing to workers as the oil industry decarbonises?

The UK oil and gas industry has suffered a ‘triple whammy’ of challenges – volatile prices, the pandemic and decarbonisation – that has negatively impacted skills and recruitment. As the picture starts to improve, Heidi Vella speaks to Offshore Energies UK and other experts to find out what’s happening.

When the pandemic hit in 2020, the oil and gas industry had just emerged from sharp downturn that started in 2014 when the crude oil price collapsed. Covid-19 was another blow, resulting in redundancies, furloughs, pay cuts and decommissioning activity deferred.  During that first year, it’s estimated that almost 34,000 fewer direct and indirect jobs were supported by the sector than pre-pandemic.

The industry is now rebounding. Promising figures announced by industry body Offshore Energies UK last year showed the number of personnel working offshore had returned to pre-March 2020 lockdown levels. Prospects, a recruitment and graduate specialist agency, says vacancies in the sector were up 34% this January than the same time last year. But are these steps enough to overcome years of decline, in a sector whose future is looking increasingly uncertain?

While employment numbers for oil and gas in the UK are still below pre-pandemic expectations, both offshore and onshore operations are employing more people. Whether vacancies pick up further depends on what new activity is approved and invested in offshore going forward.

“We’re a global industry, therefore we need to ensure we’ve got an attractive basin for investors, things like a windfall tax will clearly make investors nervous if they feel there’s not a stable fiscal regime in place and they’ll could be subject to additional tax at any time,” says Alix Thom, workforce and skills manager at Offshore Energies UK.

She refers to the opposition party’s suggestion oil and gas companies should face a one-off tax to help manage the ongoing energy crisis, and adds that uncertainty over the sector’s licence to operate will also negatively impact investor sentiment.

There have been reports the UK Chancellor may take the unprecedented step of ‘fast-tracking’ six new oil and gas wells in the North Sea, but new projects are garnering opposition. The proposed Cambo oil field off Shetland has proved particularly controversial with Scotland’s First Minister Nicola Sturgeon saying it shouldn’t be approved.

Two companies, Siccar Point Energy’s and Shell, recently pulled out of the project, which saw 44 contractors – 29 in Aberdeen and 15 in Singapore – lose their jobs, according to the BBC. Despite the uncertainty arising, Thom says that she would be surprised if no new licences were granted going forward.

Largely due to its cyclical nature and highly skilled workforce, the oil and gas industry has always reported some skills shortages in certain specialised areas, even during downtimes. While Thom doesn’t report one now, Charlie Ball, graduate labour market expert at Prospects, believes the industry is ‘exposed’ to the problem, particularly for engineering skills which are in high demand.

Several issues are arising. The sector has an aging workforce, many of whom took early retirement during the pandemic. It is also hampered by the inaccurate perception that it is in fast decline, according to both Thom and Ball. According to the 5th annual Global Energy Talent Index (GETI) report, 78% percent of oil and gas employees feel less secure in their jobs than they did a year ago.

“Workers are generally concerned the plug will be pulled in oil and gas and they will need to find something else, but it’s certainly not as black and white as that,” explains Thom.

For example, in all UK Climate Change Committee scenarios oil and gas accounts for between 47% and 54% of total cumulative energy demand between 2020-2050. The industry would benefit from being more proactive in ensuring the right skill sets are coming through the pipeline, believes Ball.

“Graduates tend to over overestimate how bad things are which deters applicants,” he adds. “The industry could do with putting its head above the parapet and saying, ‘Hey, we’re still here and we still need people’, such as a pipeline engineers.”

He also believes oil and gas has become less popular generally. “The rise of an increasing importance of green issues amongst the wider population is mirrored in the attitude of workers, which means throwing the best salaries at people may be less effective,” he says.

The industry is also having to compete with others that can offer more hybrid working or job security. According to the 2021 GETI report, 79% of respondents would consider switching to another energy sector in the next three years, with renewables the most popular.

Thom doesn’t recognise a shortage of graduates, however. Last year Offshore Energies UK ran a technician training scheme with around 16 companies that received 1,500 applications for apprenticeships. But she agrees it could become a problem later in the decade if new licences are approved and activity picks up alongside major low-carbon projects, such as hydrogen, carbon capture storage and wind power. 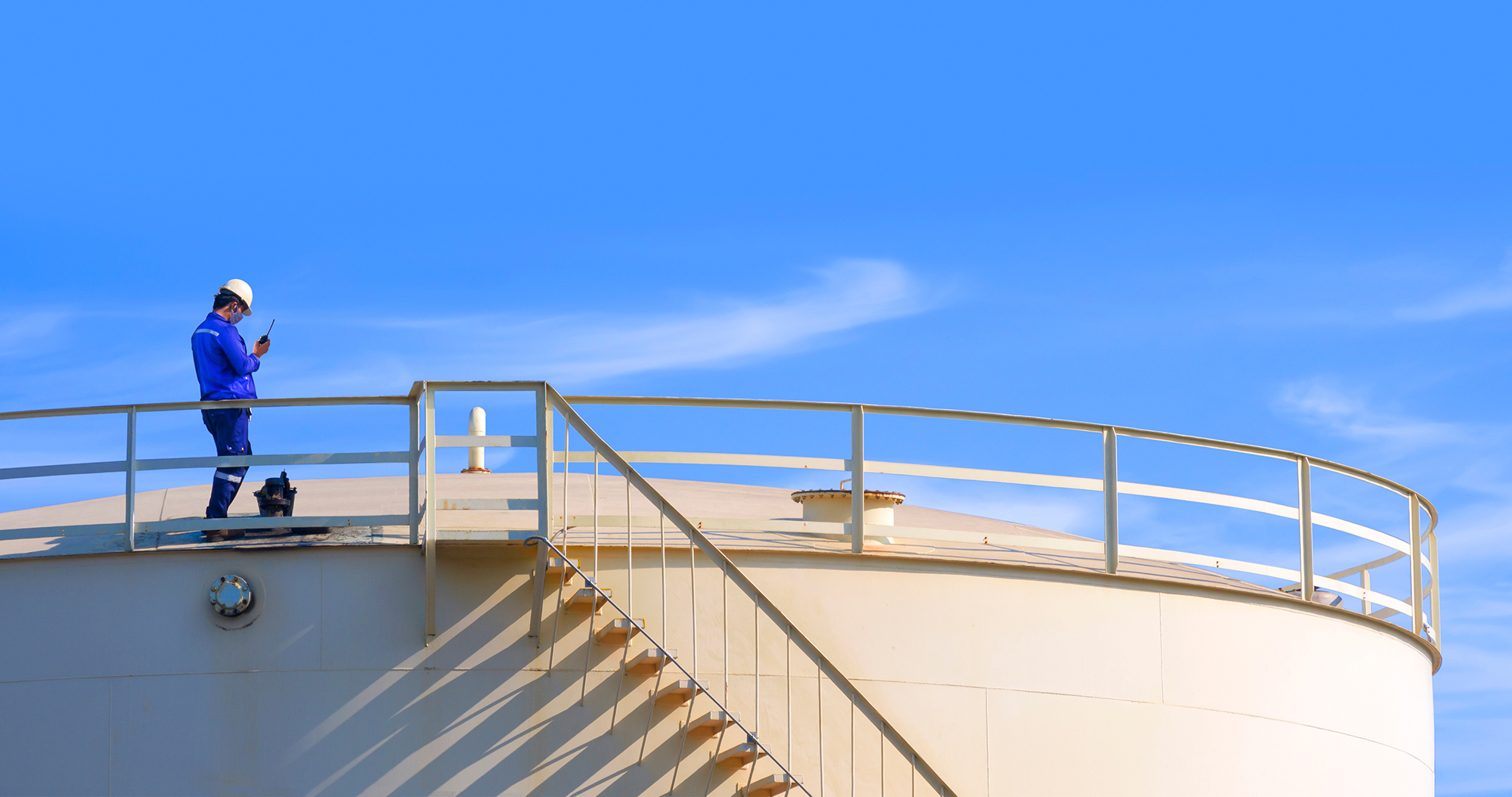 The oil and gas sector is currently stable but it is still in flux; change is happening slowly now but could hasten in the future.

“If there’s no more licences then our production will fall ‘just like that’,” says Thom. “Whereas if we can maintain production at the current level, and continue to explore and backfill reserves, then the decline will be much gentler than if we have a cliff edge which could create a real risk of people being left behind.”

But the transition also presents an opportunity. Many of the major oil companies and some of the smaller ones are now invested in low-carbon industries, meaning the sectors’ story is changing from being simply oil and gas to ‘the energy industry’, says Thom. “This is an opportunity to be part of the solution,” she adds. Indeed, OGUK recently changed its name to Offshore Energies UK.

The North Sea Transition Deal agreed in March last year addresses this transition and outlines a plan to deliver ‘a managed change at pace’.

Renewables UK has produced a report showing employment forecasts in the wind sector and under the deal the Energy Skills Alliance is producing an overall picture covering all energy sectors to 2035.

Work is also underway to standardise and align qualifications and competence standards for engineering and construction between various energy sectors. The aim is to reduce qualification or training barriers and create mobility of the workforce across industries.

Technical and safety training bodies such as ECITB and the Global Wind Energy Council are working together to deliver this. Thom expects to see some progress by the end of the year. Research by Offshore Energies UK shows 90% of roles have medium or high occupational transferability.

Despite the initiative, Ball says there is a big risk the UK won’t have enough trained workers with the skills required to staff both oil and gas and low-carbon projects at once.

“If you’re experienced in oil and gas, in five or 10 years you’ll find your skills in high demand from various industries,” he adds.

As for the UK sector today, Janette Marx, CEO of Airswift, a global workforce solutions provider to the energy industry, says the crucial point to note is that it’s still a ‘strong industry to work and grow in’.

“Those in the industry are on the front lines of innovation and change to make our low carbon future a reality,” she says. “Those skills needed today will transfer between different energy sources and even industries outside of energy.”